Mobile Forensics — Excelling Where Others Fail

For execution of mobile forensics, experts apply evidence recovery skills acquired by years of experience. Retrieval of mobile phone data is accomplished under a forensically sound environment for investigative purposes. 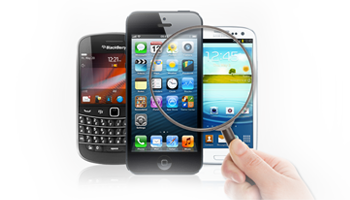 Approximately, almost all mobile phone operating systems offer similar functionalities and options. They still differ largely in the way each store its data, offers access rights, along with security and other aspects and settings. Thus, a lot more still has to be done in the arena of Mobile Phone Forensics. And we are here to do the same.

Samsung is one of the leading brands that has been is still producing mobile phones based on multiple operating systems. Along with the variety of Operating systems, the brand is majorly known for introducing a new series of smartphones in very short durations.

As a result, a number of investigative procedures faced challenges in understanding the working, storage, and updates within each new range of the device introduced.

At FORENSICSWARE, researchers work on all the latest technology at regular intervals and interpret the same to the investigators before studying the artifacts from mobile phone devices.

Apple is known for using the same operating system for all of its devices, including, the iPhones series it has launched till date. Though, locating the storage is quite easier on Apple iPhones as compared to other mobile devices as it is kept in one place, i.e. app data in the particular app folder, iTunes data in its respective folder, and so on.

However, it is quite evident from the table shown above that the device has undergone a lot of frequent updates in its operating system versions on an annual basis. And this has heavily influenced a lot of technological changes to take place in the device and its operating procedure.

Apparently, this made it a little tough for a number of evidence extractors and device investigators to get their job done, quickly, and with precision.

Meanwhile, FORENSICSWARE experts are well equipped with latest techniques and their understanding, along with experienced researchers & analysts that help in making the procedure a lot more meticulous.

Until the release of smartphones, Nokia mobiles were the most commonly used cellular devices. It is one of the many mobile phones that is comparatively easy to operate, requires one attempt for data storage detection, and built on apprehensible algorithms and technology.

Most of the Nokia phone series supports the brand's own store for apps, i.e. it has its own range of apps and management of apps.

Evidently, a larger amount of investigative time is being consumed as a result along with the extraction of evidences from Nokia devices.

FORENSICSWARE has an advanced hardware, software, and techniques all set to tackle any kind of mobile device investigation even on the spot.

Blackberry mobiles are more of a business phone, but over time have become a tough competitor to the smartphone range of mobiles. However the device is well built and doesn't have any updates related issues, neither with the device nor with the OS.

Nevertheless, there is one particular challenge that most examiners come across while studying and analyzing Blackberry mobiles and their data which is, getting through its encrypted content.

It is necessary to know the user password to decrypt the device data. And as far as data forensics is concerned, investigators are well versed with computers. But there is still some lack of precision encountered during mobile forensics till present. Similarly, the encrypted data access becomes a tricky job for the investigators to tackle with.

That is where FORENSICSWARE comes into the scene with expertise in resolving encryption issues on mobile devices with advanced homegrown techniques.